PRETTY AMAZING A PEEK INTO THE LIFE OF PRETTY DENIM FOUNDER, TAHNEE LLOYD-SMITH 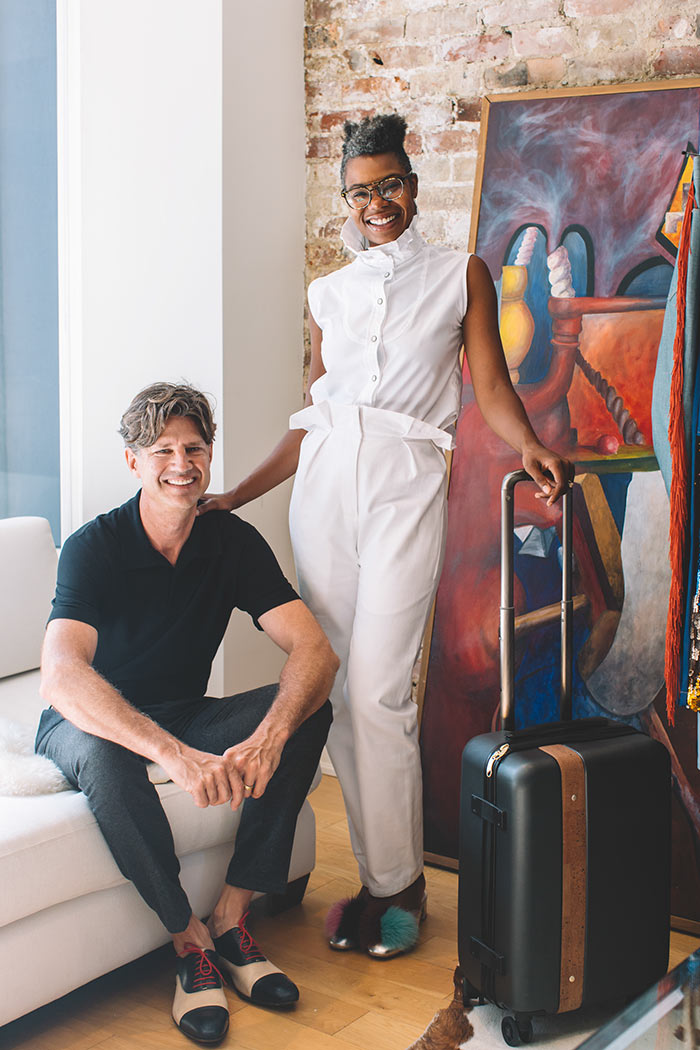 Tahnee and Bob with our new, unisex carry-on, The Q2, trimmed in cork.

When, in May 2018, Tahnee Lloyd-Smith launched Pretty Denim’s inaugural collection, Her, she didn’t simply launch a fashion line. She launched denim into a realm where it would be synonymous with sophistication. Although the Toronto-based designer has always been a dreamer, Pretty Denim emerged more as a result of pragmatism and in response to a deep loss. “I had been working with a partner on a luxury women’s workwear line until it came to an abrupt and very dramatic end,” Tahnee says. “I felt as though something had died. But I still had all this knowledge and knew I had to use it.”

One day, glancing down at her high-waisted, pearl-patched jeans, she hit upon the idea that denim was due for a higher state of elevation, a notion central to the brand’s identity. She quickly roped in her husband, marketing guru, Bob Froese. The two are careful to draw perimeters around their working relationship in order to maintain some semblance of work/life balance. “We have a weekly meeting to discuss Pretty Denim,” she says. “At the end of it, we both say ‘Okay, are we done with business and back to life?’ Then we give each other a kiss.”

Many of the items in Her have personal connections. “As a kid, I loved Donna Summer,” Tahnee says. “When I was designing the high-waisted jeans with the seventies feel, I knew instinctively I had to call it the Donna Jean.” The athletic-inspired Florence Jean, honors Florence Griffith–Joyner, arguably the most fashionable woman ever to place painted nails on a track. It’s also a nod to Tahnee’s former life as a sprinter. After coming across an old photo of her mother-in-law, Tahnee designed the Cathy Bomber. If she had to dress her grandmother today, the matriarch who set a standard for fashion, she would choose the white high-waisted Paper Bag Jean and the chic Oliver Kimono.

Whether it’s moving with her adoptive parents from Saint Vincent to Ontario at the age of two, or attending a performing arts college in Toronto at 19, Tahnee is no stranger to new beginnings. Yet, there are instances when she feels inundated by the magnitude of what’s in front of her. With buttons being an important feature in this collection, Tahnee was devastated when her buttons arrived without the proper markings. “I was having a full-on panic attack,” she recalls. “As human beings we can get so easily anxiety-ridden and overwhelmed.” During these times, she forces herself to step back, see the bigger picture and remember what she has accomplished in just under one year. “I look at my collection online and say to myself – I can do this, I have the capacity for greatness,” she says. “A good cry and a glass of Rosé works pretty well too.”

Despite achievements by women and people of color in the fashion industry, Tahnee believes there’s still room for a more positive narrative about women’s bodies. Skinny, overly-sexualized images of women are unfortunately still the norm. As Pretty Denim forges ahead as an industry disruptor, it remains intent on bringing about a new norm, a new perception of pretty.

TAHNEE GET YOUR PASSPORT

Favorite destination: Sóller, Mallorca
Favorite things to do there: hire a Vespa
A must-do for visitors: ride on the old, wooden train to Port de Sóller
A permitted indulgence: Sóller’s private chef, Piers Dawson
Packing rules: limit to carry-on if possible; keep make-up to a minimum
Essentials: a dozen white T-shirts, a dress that keeps its shape, one great pair of pants, Oliver Kimono or Cathy Bomber jacket 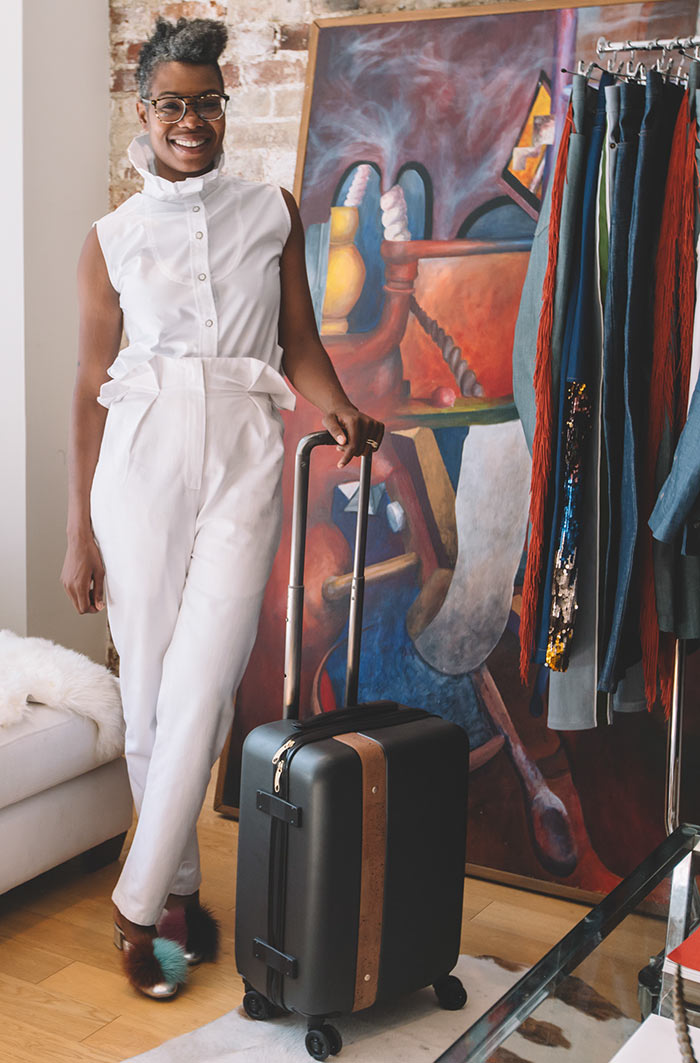 Your story grows our story. Post a photo or video of you with your Ebby Rane carry-on and you could be profiled as an Ebby Rane Ambassador.

One reply on “PRETTY AMAZING A PEEK INTO THE LIFE OF PRETTY DENIM FOUNDER, TAHNEE LLOYD-SMITH“

JOIN OUR LIST AND GET 10% OFF
YOUR FIRST ORDER.

JOIN OUR LIST AND
GET 10% OFF
YOUR FIRST ORDER.