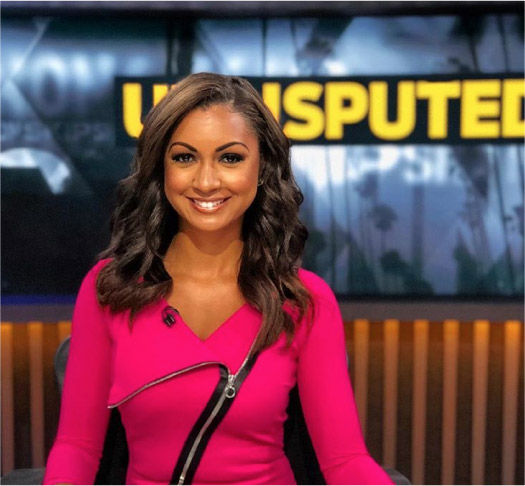 Growing up in West Charlotte, North Carolina, Fox News anchor Eboni K. Williams, found herself busy with myriad after-school activities. Math camps, beauty school, pottery lessons and ballet classes, were all part of her mom’s grand plan to ensure Eboni was prepared for anything. “She was a single mom,” Eboni says. “She wanted me stay open to any direction life took.” While working as an attorney in New Orleans, the devastation of Hurricane Katrina inspired Eboni to consider a career in broadcasting. She was moved by the power of media and its ability to expose weaknesses in the political system.

“It wasn’t easy,” she said, referring to her stint in L.A. trying to break into media before landing a gig in talk radio. “It felt like I heard ‘No’ a million times. Everyone gets that though. You just need one ‘Yes’.” That the ‘Yes’ came from an ultra-conservative news channel was a surprise to many. On one hand, Eboni’s move to Fox News was an audacious step that said Black women could excel in any professional space. On the other hand, the political landscape was so polarizing, it wore down even the most committed optimists. “After Charlotteville, there no opportunity for nuance. My ability to connect to the audience was compromised,” says Eboni, referring to 2017 racist incidents in the city and President Trump’s failure to fully condemn the white nationalists. “I’d left the courtroom because I wanted to be an agent for social change. So, after Charlotteville, I had to speak my truth and call him out.”

Since then, Eboni has shifted her focus to true crime and sports reporting. Interestingly, she’s discovered the sporting world to be a microcosm of a society battling social ills. “Sport is the last true meritocracy, where the person who works the hardest really can be the best,” she says. “It is also riddled with racism, Islamophobia and the kinds of social inequality people like Colin Kaepernick are trying to highlight. It’s a devastating wake-up call to find that race and class still permeate your ability and preparedness as an athlete.”

Eboni’s efforts don’t go unnoticed. Not by her 73k Twitter followers and not by ESSENCE, who honored her as part of their 2018 ‘Woke 100 Women’ List To Highlight Black Women Change Agents. Blog Her also presented Eboni with their Voice of the Year award in August 2018. 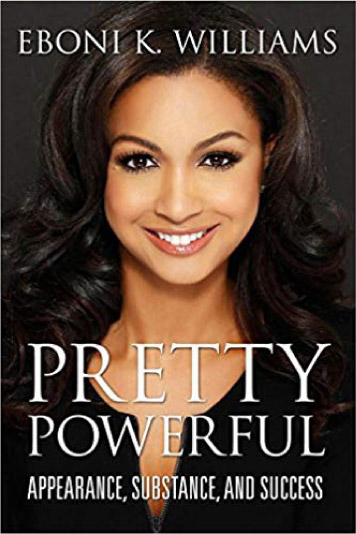 Eboni is vocal about the role beauty plays in women getting ahead, a topic she discusses at length in her book, Pretty Powerful: Appearance, Substance & Success. “We’re judged by aesthetics. It’s exhausting but I challenge women to acknowledge this and embrace it,” says Eboni, who was the first runner-up in Miss North Carolina USA in 2009. “Use your physical appearance to step out in front of those that criticize you and reassert your power.”

Eboni sits on the board of Safe Horizons, the largest non-profit in America assisting families affected by violence, crime and abuse. She’s also an active member of Alpha Kappa Alpha Sorority Inc., and is passionate about their programs to serve communities. “I was a beneficiary of this type of giving,” she says. “I love that I’m now in a position to do the same.” 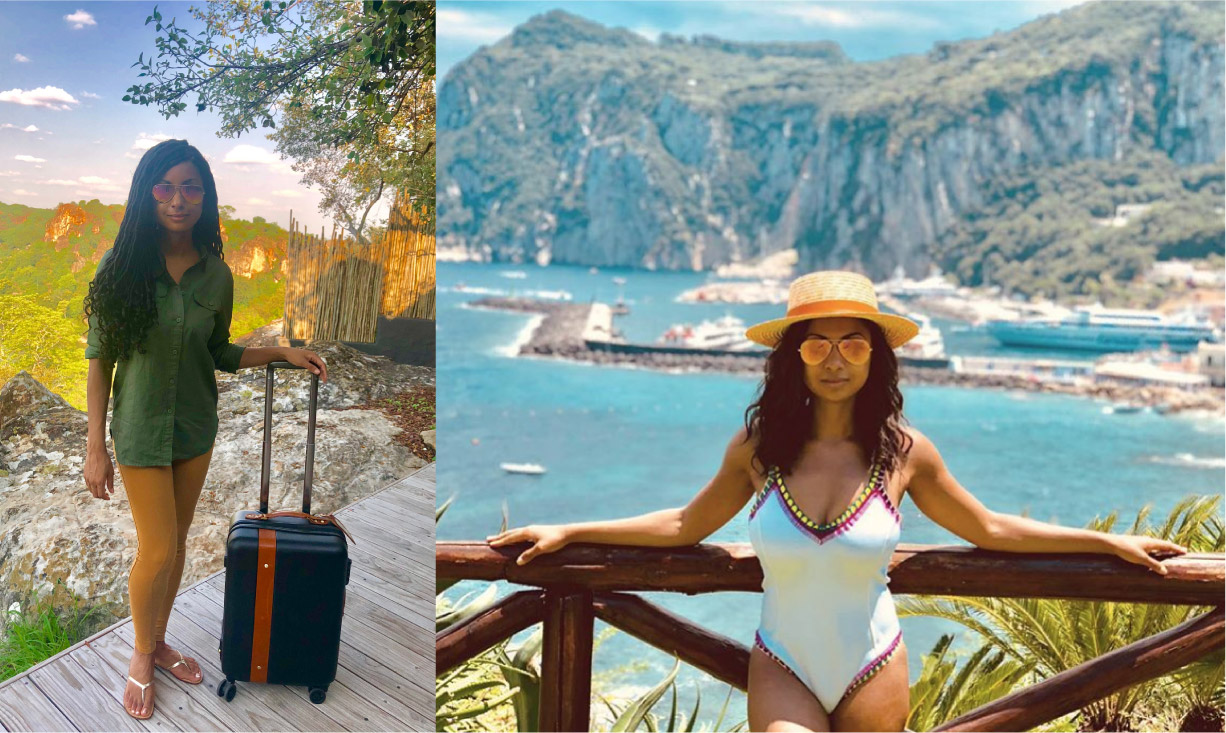 Highlight: Faraglioni, the rock formations protruding out the ocean

What should a first-timer not miss: A drive along the Amalfi coast, scary but the iconic views are worth it

Food: Everything! It’s fresh, flavorful, simple, and always with a zest of citrus

Why you love your Quartermaster: It’s a packing system, not a suitcase. I was one of Ebby Rane’s first customers. I connected with Ebby Rane Founder, Sonja’s story as it was similar to mine. At the time I wanted to make a one-time, high end, quality purchase for a carry-on, something that would test the limits of my frequent travel. I’d tried a couple of other recognized brands but when they arrived, somehow they didn’t look like the rest of my life. Ebby Rane did. Sophisticated. Beautiful. Well-made. I was thrilled when I was able treat myself to a second Quartermaster. Now I’m ready for all seasons.

Your story grows our story. Post a photo or video of you with your Ebby Rane carry-on
and you could be profiled as an Ebby Rane Ambassador